Motions of a nanomotor get proteins out of the cell, an essential mechanism for cellular function

Thousands of proteins are produced inside our cells. More than a third of these proteins can fulfill their function only after migrating to the outside of the cell, becoming anchored to the cell membrane or being targeted to specific subcellular compartments. How cells regulate trafficking of their proteins is a fundamental problem in biology andis essential for life. Examples of migrating proteins are insulin (whose absence leads to diabetes), antibodies (that combat infections), membrane channels (essential amongst other for neuronal cell function) and toxin-proteins secreted by pathogenic microorganisms. Research results presented in today's edition of Molecular Cell, one of the most authoritative international scientific journals, reveal the inner workings of a nanomotor that cells exploit to get proteins out.

More than 30 years ago, Gunter Blobel (Rockefeller University, New York) discovered that migrating proteins contain chemical signals called signal peptides and was awarded the Nobel prize of 1999 for this finding. These signal peptides act like postal addresses and take exported proteins to the membrane. Previously, the Economou lab in collaboration with Babis Kalodimos at Rutgers revealed how signal peptides bind to a specific cellular receptor on the membrane connected to the export channel subsequently. The receptor also acts as an nanomotor with two separate piston-like mechanical parts and somehow pushes proteins out by an unknown mechanism. With the new publication in Molecular Cell the Economou lab reveals that during the process of protein export the two parts of the nanomotor are highly mobile and sensitive to the presence of the signal peptides and the channel. The two mechaninal parts move one against each other and change their shape. This finely orchestrated series of motions opens the channel and traps the exported protein inside it. In a final step, the two parts dissociate and the remaining single piston pushes the preprotein out in a series of repeated motions.

The discovery of this fascinating biological mechanism is expected to help focus efforts on the discovery of specific antibiotics against the bacterial protein secretion pathway. In addition, it offers the possibility to optimize in a rational way the biotechnological production of human biopharmaceuticals. This is frequently achieved by using microbial cell-factories to secrete the biopharmaceuticals. The pursuit of these research directions as well as the further exploration of sub-cellular protein trafficking at the Institute of Molecular Biology and Biotechnology is funded by GSRT grants. 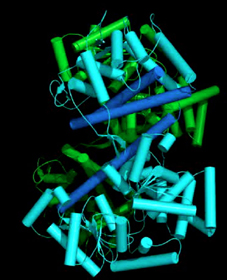 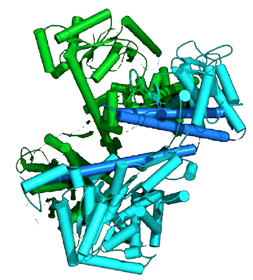 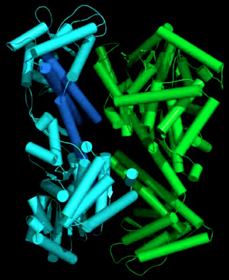