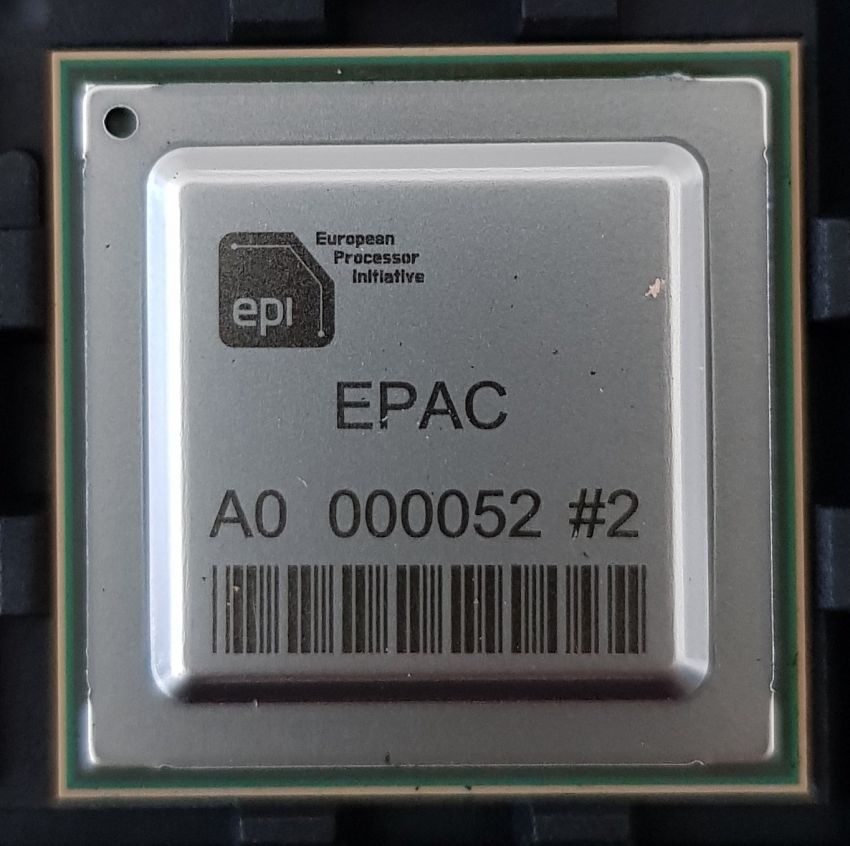 EPAC 1.0, the first test chip of the European Processor, gave its first signs of "life" with the message "HELLO WORLD" appearing on its console, in the Institute of Computer Science of FORTH. Processors form the core of all digital systems, from mobile phones, computers, and data centers, to automobiles, machinery, and automations, in other words they constitute the the technological basis of modern society. The European Processor Initiative is a flagship project of the European Union, at the forefront of the quest for technological security and sovereignty of Europe in all critical infrastructures of the digital era.

The official announcement by the project Consortium is at: https://www.european-processor-initiative.eu/epi-epac1-0-risc-v-test-chip-samples-delivered

On behalf of Greece, the Institute of Computer Science for FORTH participates in the Consortium, with significant technical contributions, which place Greece within the top five (5) positions among all participating countries. Among the several design tasks that Greece contributes to the european processor, FORTH also participates in testing, so this test chip first came to life in the Computer Architecture and VLSI Systems Lab of FORTH-ICS, owing to the persistent efforts of a numerous team of highly skilled experts the majority of whom have graduated from the Computer Science Department of the University of Crete. This test chip concerns the part of the European processor that is based on the "RISC-V" instruction set --a new, open, international standard for processors. This part has been designed and implemented entirely and solely in Europe, thus paving the way for European self-sufficiency and sovereignty in the crucial domain of digital infrastructures with providence for security.