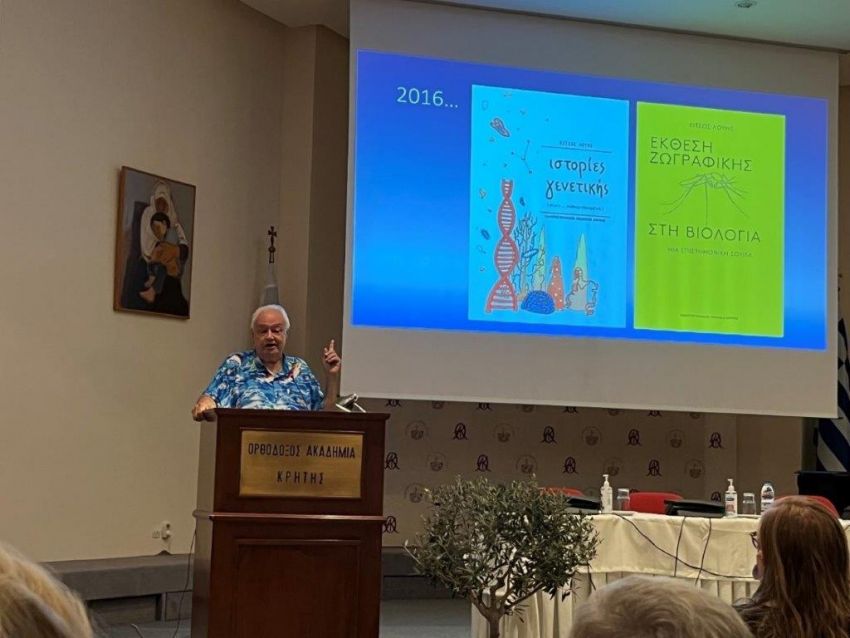 Professor Christos (Kitsos) Louis was honored for his significant contributions to the understanding of the biology of the malaria mosquito on July 27 at the Mosquito Kolymbari Conference 2022, held at the Orthodox Academy of Crete. The Mosquito Kolymbari EMBO Conference takes place every two years. For more than 20 years it has been an international forum for the leading researchers studying mosquitoes and other insects transmitting diseases, such as malaria.

Professor Louis was instrumental in the effort to obtain the sequence of the mosquito DNA, which was published in Science in 2002. He then led the efforts to collect all knowledge of the mosquito vectors in dedicated databases, invaluable resources for researchers studying these insects. Professor Louis has served as a member of the Committee on Molecular Entomology (BCV) & WHO/TDR 1996–2004 & 2008. He played an important role in opening new avenues in research and in inspiring new generations of scientists to investigate in this field, including the current IMBB Director John Vontas.