IMBB scientists uncovered a novel cellular mechanism that regulates ageing and fertility by preserving the architecture of nucleus and upholding nuclear quality control.

Research at the Institute of Molecular Biology and Biotechnology (IMBB) of the Foundation for Research and Technology-Hellas (FORTH), published today in the premier international scientific journal Nature Aging, reveals a fundamental quality control mechanism that operates in cells to safeguard the integrity and function of the nucleus. By maintaining nuclear homeostasis, this molecular mechanism contributes critically to promote longevity and fertility. IMBB researchers Dr. Margarita-Elena Papandreou and Dr. Georgios Konstantinidis, headed by Dr. Nektarios Tavernarakis (Professor at the Medical School, University of Crete, and Chairman of the Board at FORTH), discovered that recycling of nuclear and nucleolar components via autophagy delays ageing of somatic cells, and sustains the immortality of germ cells, which are required for reproduction. 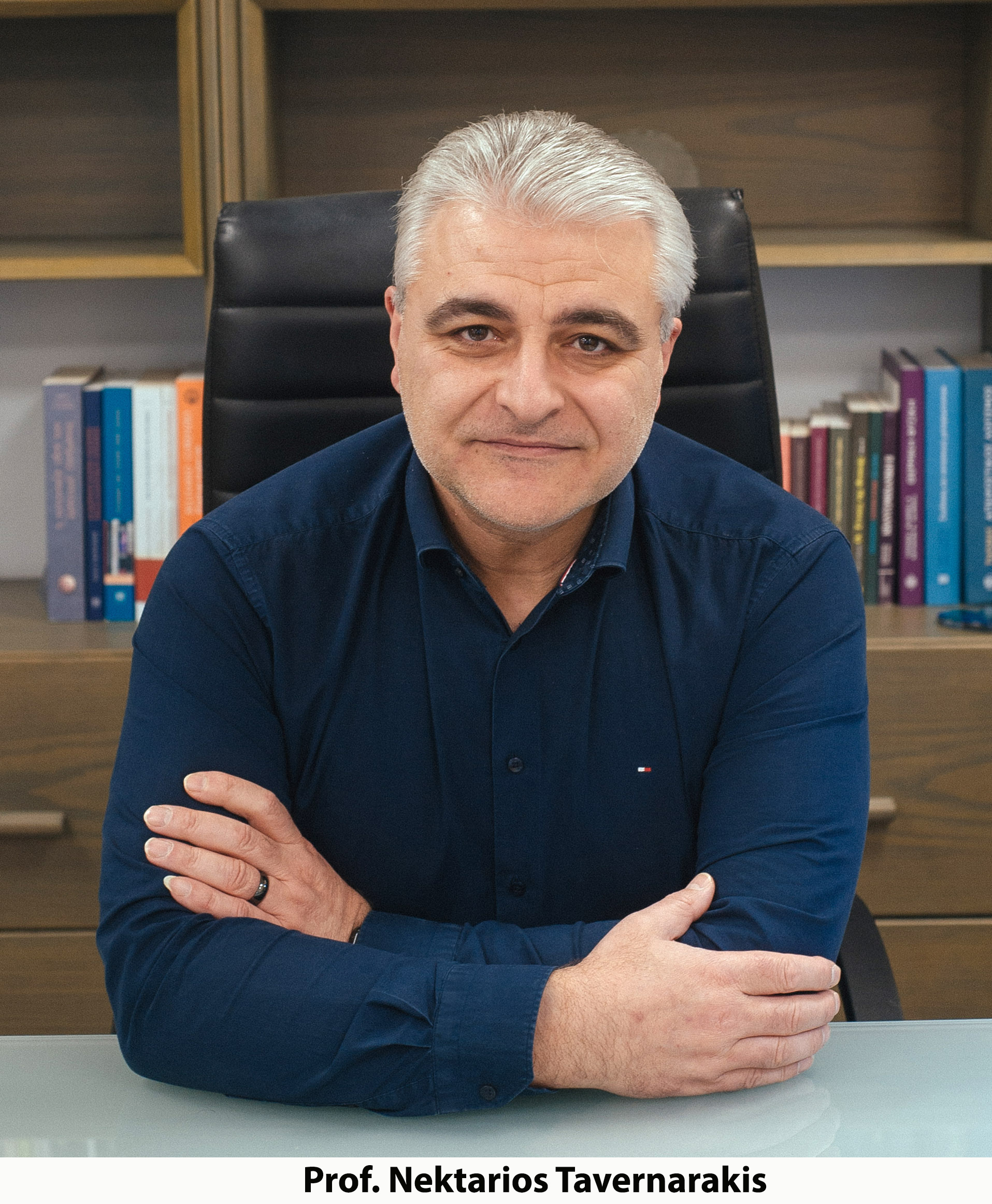 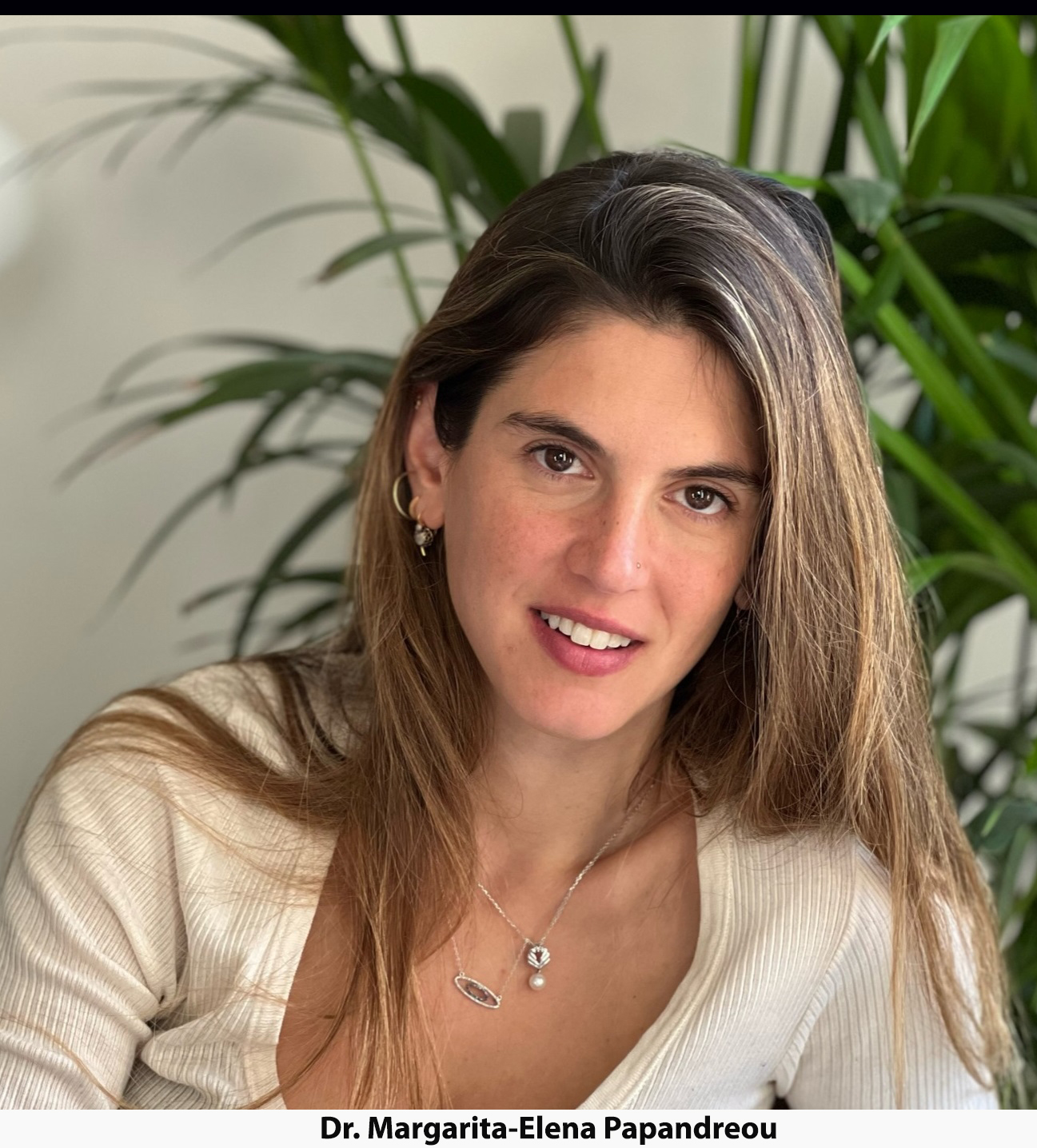 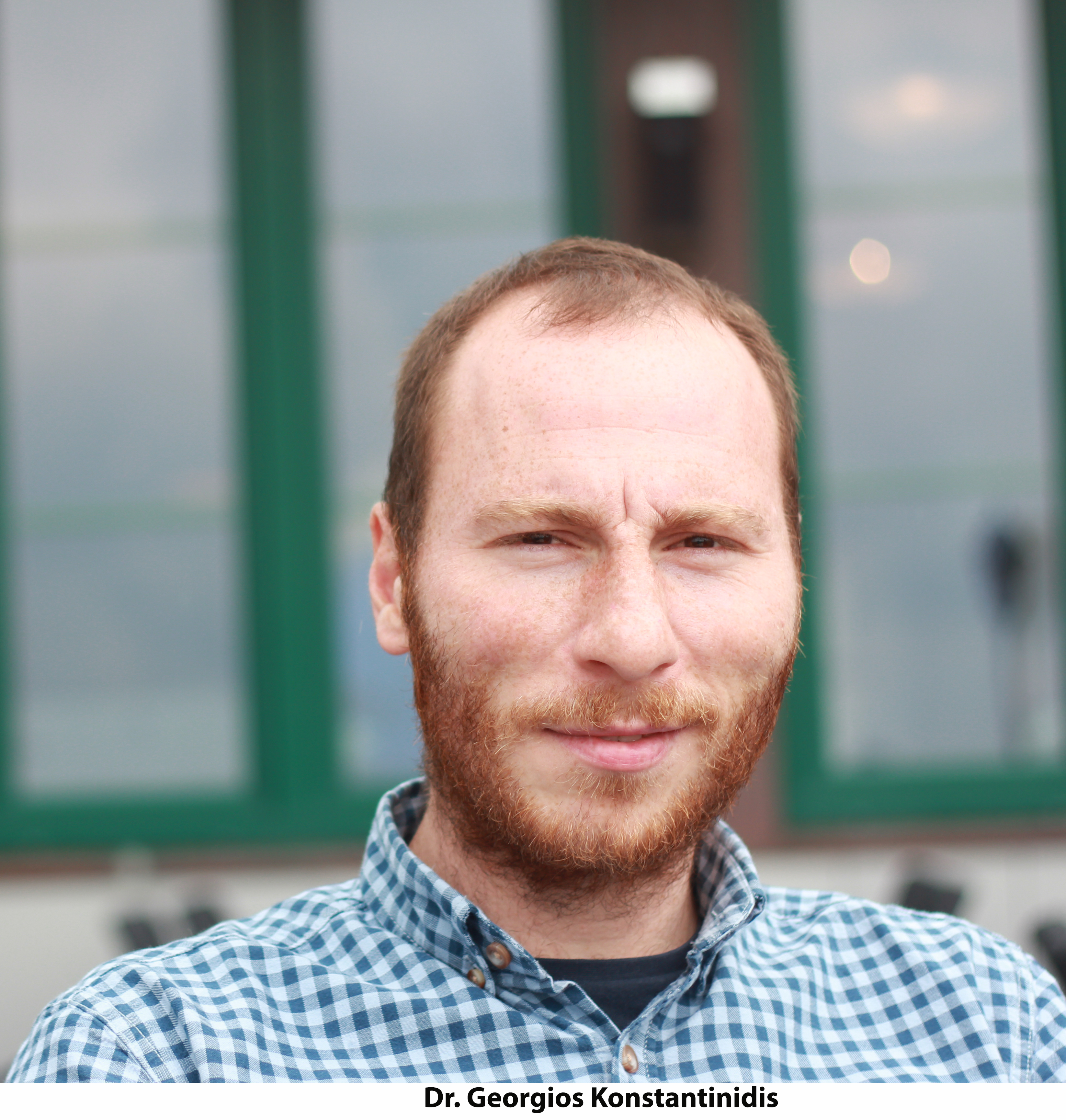 The nucleus is the central organelle of all eukaryotic cells that contains the genetic material (DNA), which determines cellular identity and function. During ageing and in cancer cells, the ultrastructure of the nucleus is dramatically altered. Moreover, progressive and pronounced deterioration of the nuclear architecture is a common and conserved feature of progeria and numerous other disorders associated with ageing. In addition, progeroid syndromes (e.g., Hutchinson–Gilford, Werner, Bloom, and Cockayne syndromes, among others), and ageing itself, are accompanied by pronounced enlargement of the nucleolus — the largest well-defined structure within the nucleus — serving as the site for generating components of the ribosome, which is the protein synthesis machine of the cell. Notably, small nucleolar size has been associated with longevity and life-extending interventions. However, the molecular and cellular mechanisms that bring about these changes have remained obscure. It is also unclear whether such alterations are simply a corollary of the ageing process and age-related pathologies, or have a causative role in progeria and senescent decline.

Preservation of the nuclear ultrastructure, and recycling of nuclear material is essential for cellular and organismal homeostasis. Maintenance of the nuclear architecture and function requires the continuous and tightly regulated recycling of defective or damaged nuclear constituents. Targeting and degradation of damaged nuclear components is carried out by nucleophagy, a selective type of autophagy, which serves as a nuclear quality control mechanism. Indeed, aberrant nucleophagy has been implicated in a broad range of pathologies, including DNA damage, cancer and neurodegeneration. Nevertheless, the involvement of autophagic mechanisms in the maintenance of nuclear structure and function during ageing is unknown. A related, unresolved question relates to the signalling pathways and interventions, such as insulin/IGF1 signalling and dietary restriction, which are well-characterized modulators of lifespan, in organisms ranging from nematodes to primates. Whether, and how, these pathways interface with molecular processes that shape the nucleus, and determine nucleolar size and function during ageing, are not known. 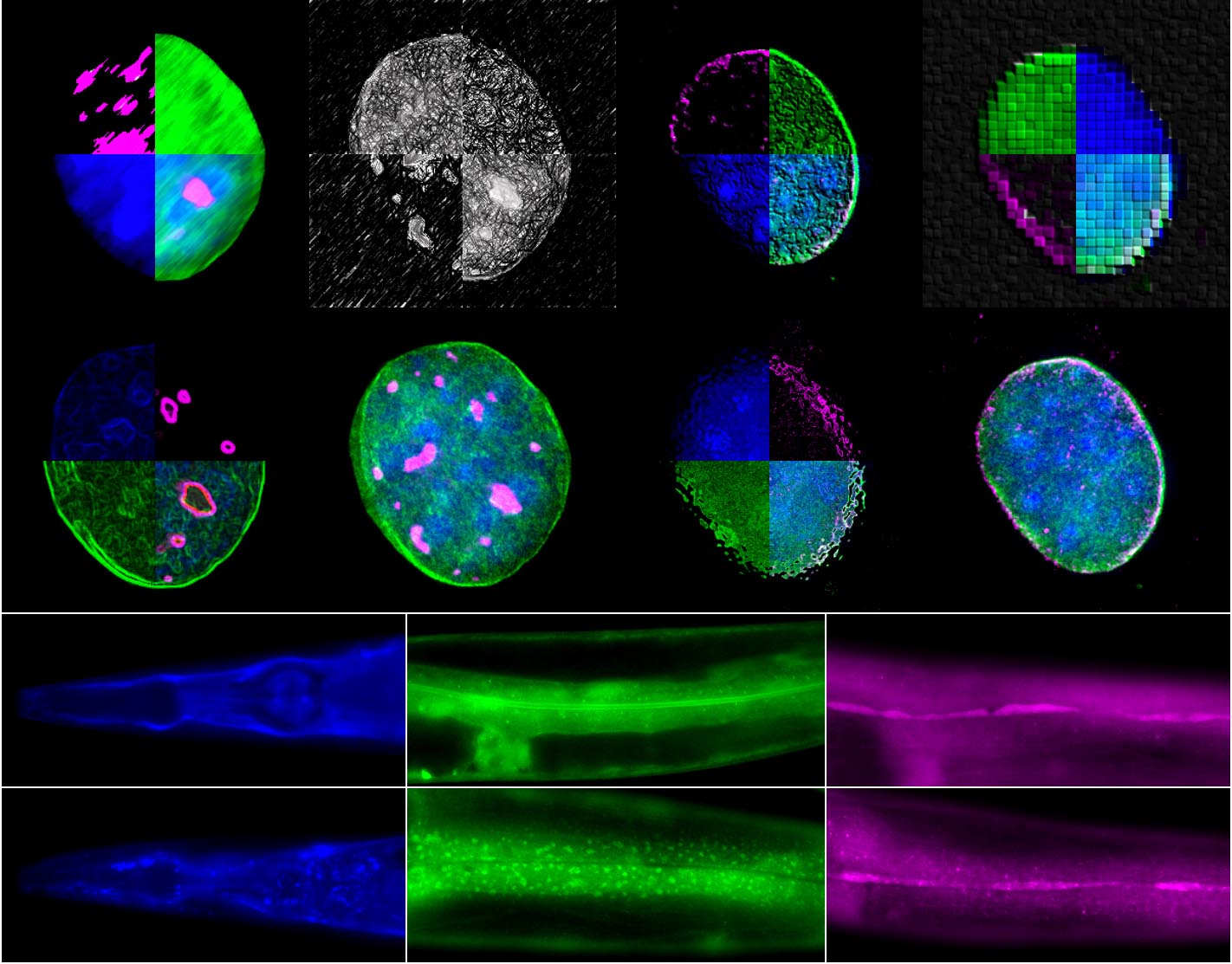 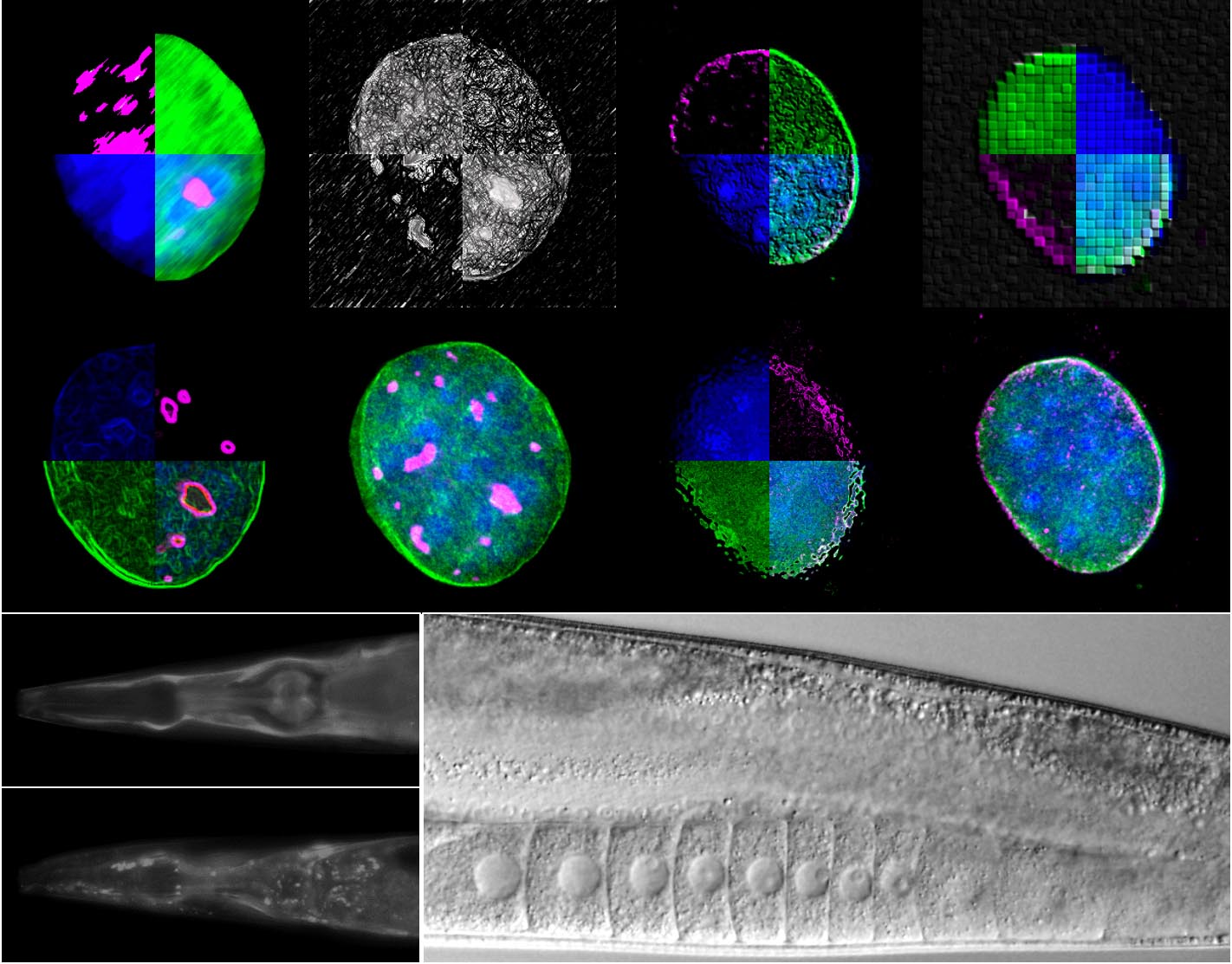 Using two experimental organisms, the nematode Caenorhabditis elegans and the mouse, IMBB Researchers set out to address these key questions. In the study published today, they report that the giant nuclear envelope, anchor protein, Nesprin-2 and its Caenorhabditis elegans orthologue ANC-1 are essential nucleophagy regulators. Nesprin-2/ANC-1 functions to maintain a small nucleolar size, which is a common denominator of diverse lifespan extension regimes. In addition, Nesprin-2/ANC-1 prevents nuclear shape abnormalities and accumulation of Lamin, the major structural component of the nuclear lamina. Moreover, the clearance of aberrant C. elegans germ cells during their differentiation, in the animal’s reproductive system, the gonad, requires ANC-1-mediated nucleophagy. Remarkably, perturbation of this clearance pathway causes tumour-like structures in the C. elegans germline, and progressive sterility over several generations, a phenomenon of germline mortality. Similarly, genetic knockdown of Nesprin 2 in female mice causes ovarian carcinomas, indicating that the relevant molecular pathways are evolutionarily conserved, across distant phyla. Indeed, polymorphisms in the human nesprin homologue, Syne2, have been linked to ovarian infertility in women. These findings establish that selective autophagy of nuclear material is an important determinant of somatic ageing, and germline immortality, under conditions of stress, and could be leveraged towards treating infertility in humans.

“We have always been intrigued by the dichotomy between two diametrically opposed, fundamental phenomena in biology: soma mortality and germline immortality. The prospect of uncovering the molecular underpinnings of this sharply idiosyncratic character of cell types, within a single organism, provided ample motivation for us to embark on a research journey, towards tackling such questions. We decided to focus on nuclear morphology in somatic cells, which deteriorates during ageing. By contrast, the overall architecture of the nucleus is preserved in the germline. Our hypothesis was that a homeostatic mechanism effectively maintains the structure of germ cell nuclei, whereas it fails during ageing, in the soma. We were surprised to find that autophagic recycling of nuclear material is an important factor, that preserves nuclear architecture and restricts nucleolar size. Interestingly, nucleophagy interfaces with nodal, pro-longevity signal transduction pathways, highlighting the complex crosstalk of the molecular mechanisms that influence ageing”, Prof. Nektarios Tavernarakis said.