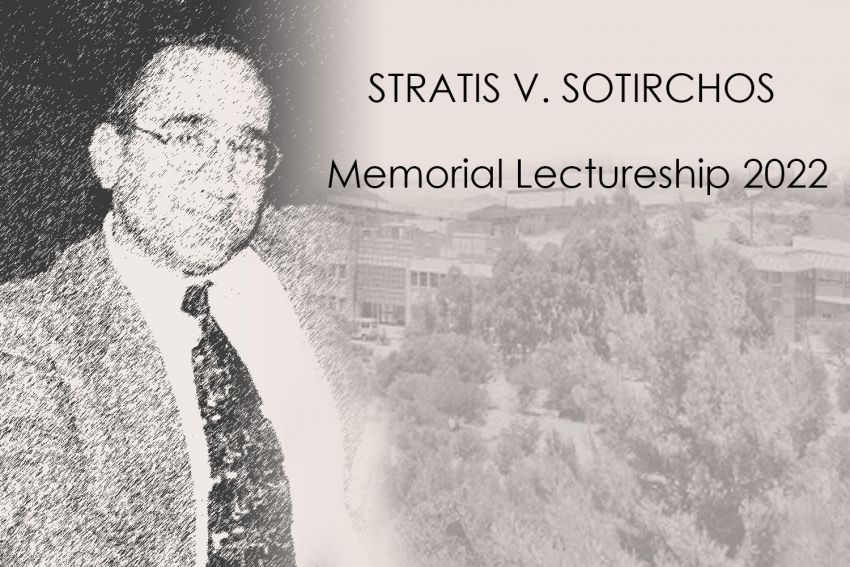 The SVS Lectureship is awarded every second year to an engineer-scientist, who has produced original and fundamentally important results in some R&D field within the broader context of chemical engineering. Selection of the most deserving candidate, each time, is made on an international basis and strictly on grounds of merit. Candidates should be younger than 40 years of age on the closing date for the submission of the nominations.

Every second year (starting in 2005) the Recipient of the SVS Lectureship is invited to present the “Stratis V. Sotirchos Lecture” at the “Pan-Hellenic Scientific Conference in Chemical Engineering”. This conference is held every two years on a rotating basis in Patras, Thessaloniki, and Athens, Greece.

This time (year 2022, postponed for one year due to the pandemic) the Conference will be held in Patras, and the SVS Lectureship is scheduled to be given on Thursday, June 2 nd , 2022.

The travel, subsistence and lodging expenses of the Recipient will be covered in full from the proceeds of the SVS Trust Fund.

The SVS Lectureship will also include a modest honorarium.