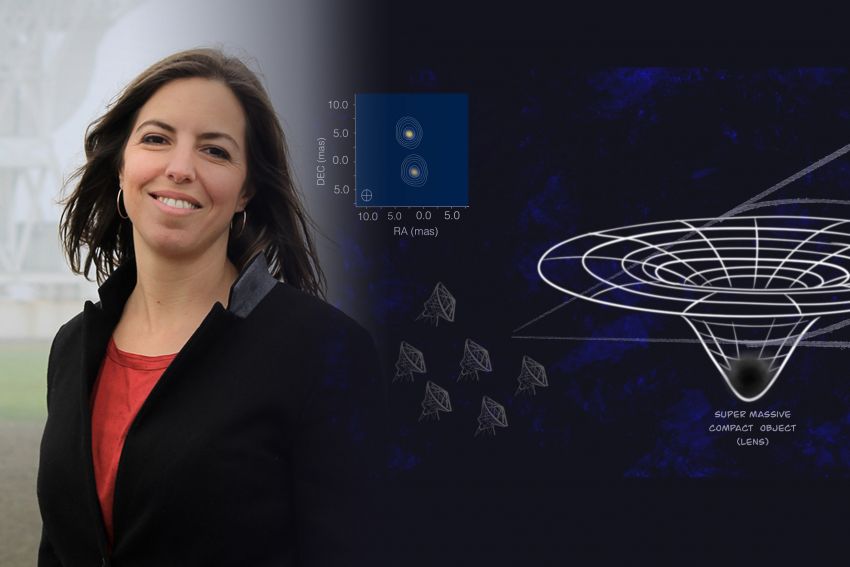 Dr. Carolina Casadio, Postdoctoral Researcher at the Institute of Astrophysics - FORTH, has been awarded a highly competitive European Research Council (ERC) Starting Grant to study the nature of Dark Matter. It’s worth mentioning that Dr. Casadio is the only researcher selected to receive this competitive funding from a Greek Research Institute.

The ERC grants are Europe’s most prestigious research grants, designed to support cutting edge research, expected to lead to significant breakthroughs in science and technology. Starting Grants, in particular, support young talented research leaders to gain independence and build their own research groups in Europe. FORTH has the highest number of ERC funded projects in Greece, having attracted more than 37M €. 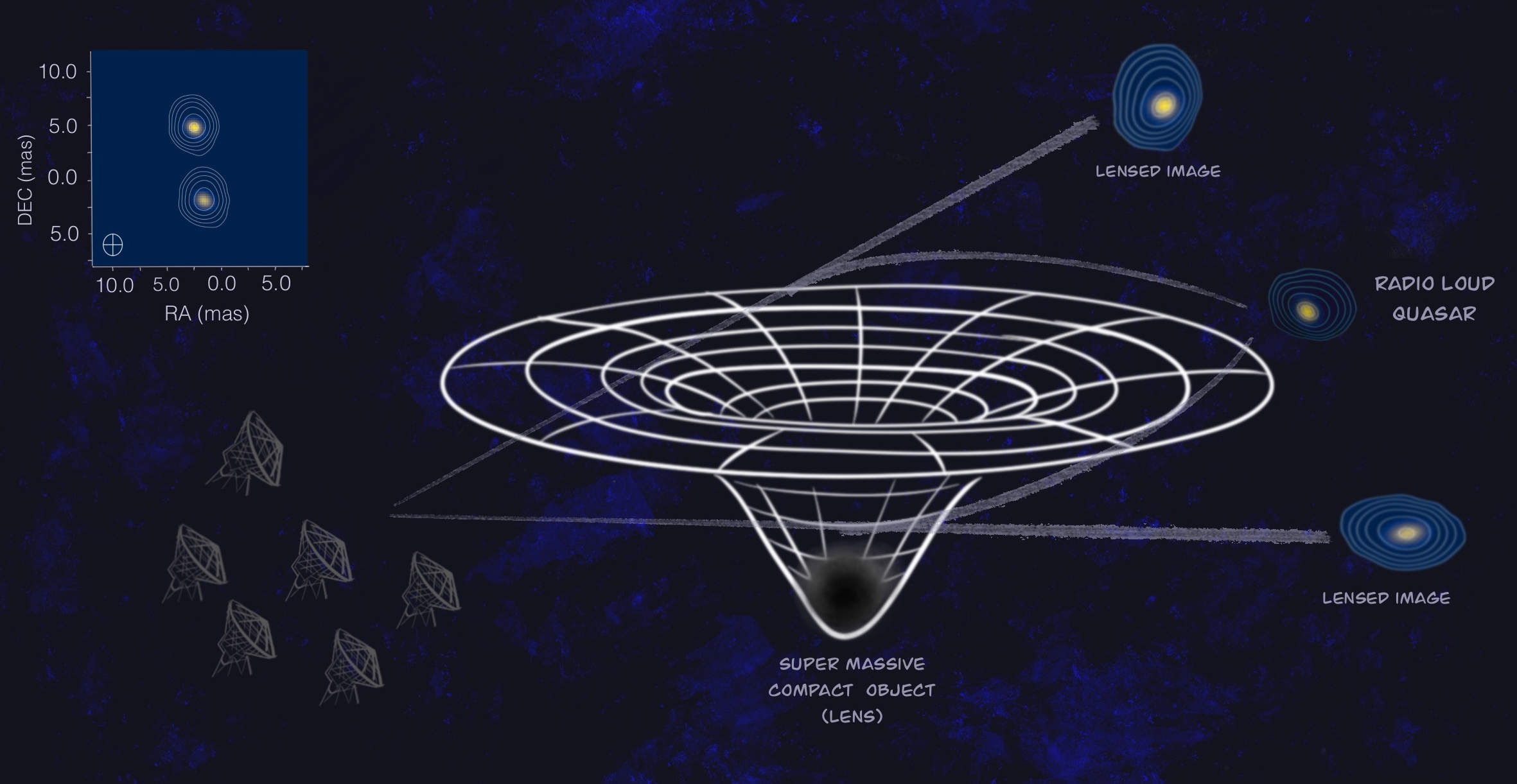 When our line of sight to radio-loud quasars intersects a dark matter clump, a double image may form via the effect of gravitational lensing. Dr. Casadio will systematically look for such double images, which can reveal the nature of dark matter.

Dr. Casadio will use the relativistic phenomenon of gravitational lensing to probe clumps of dark matter that are impossible to detect by other means, because they are completely devoid of regular, radiating mater. She will target nuclei of active galaxies that are bright in radio waves, known as radio-loud quasars, which can be seen out to enormous distances. The radio-loud quasars will be imaged in radio waves through the exquisitely high-resolution technique of Very-Large Baseline Interferometry (VLBI). When our line of sight to such quasars intersects a dark matter clump, a double image may form, via an effect known as gravitational lensing. Dr. Casadio will systematically look for such double images, which will not only reveal the presence and abundance of such clumps, but also their density, which is key to understanding the properties of dark matter - a mysterious form of matter of unknown nature that does not emit any light, even thought it makes up 85% of all matter in the Universe.

The prestigious ERC grant she has been awarded, allows her the flexibility to build a strong group on VLBI and dark matter, and, according to Greek law, also grants her a personal tenure-track researcher position at the Institute of Astrophysics. 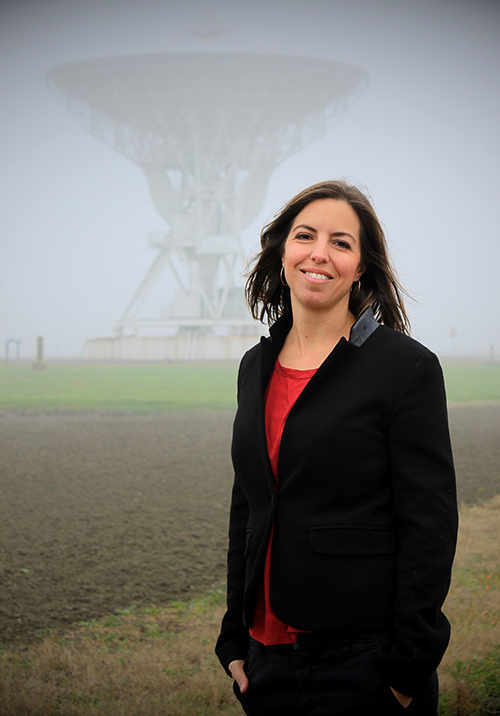 Dr. Casadio, originally from Italy, graduated from the University of Bologna, and completed her doctoral studies in Spain in 2016, at the Instituto de Astrofísica de Andalucía (IAA), where she investigated the radio polarimetric properties of relativistic jets in active galactic nuclei. She then moved to the Max Planck Institute for Radio Astronomy in Bonn, Germany, the foremost center for radio astronomy in Europe, where she was a postdoctoral fellow with the VLBI group. While still in Bonn, she joined the RoboPol Collaboration and she visited Crete often to observe with the RoboPol polarimeter. In 2020 she was recruited by the Institute of Astrophysics at FORTH, to work on the PASIPHAE experiment, as well as start a new effort in Radio Astronomy in Crete.