Economics for the common good | News 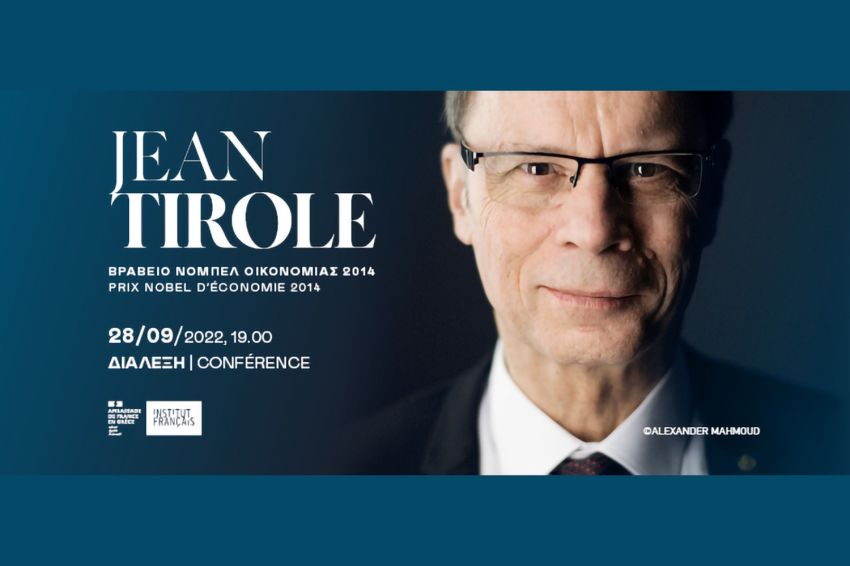 Economics for the common good

The French Institute of Athens, in collaboration with the Crete University Press (CUP), invited to Athens Professor Jean Tirole, French economist and President of the Toulouse School of Economics, 2014 Nobel Prize winner.

On Wednesday, September 28, 2022, Jean Tirole gave a lecture on "Economic science for the common good" on the occasion of the publication of his book in Greek by CUP.

He then participated in a discussion on "Climate and energy: a difficult equation", together with Nikolaos Vettas and Ioannis Katsoulakos, Professors in the Department of Economics of the Athens University of Economics and Business.

When Jean Tirole won the Nobel Prize in Economics in 2014, he was suddenly besieged by people known and unknown to him asking for his opinion on current economic issues, usually unrelated to his research work. This motivated him to reflect more deeply on the role of the state and businesses, unemployment and climate change, the digital economy and industrial policy, networks and the role of Europe, trying to clarify how economics and economists can nowadays consistently serve the collective social interest.

Jean Tirole is honorary chairman of the Foundation JJ Laffont-Toulouse School of Economics (TSE), and scientific director of TSE-Partnership. He is also affiliated with MIT, where he holds a visiting position, and the Institut de France. Professor Tirole’s research covers industrial organization, regulation, finance, macroeconomics and banking, and psychology-based economics. Jean Tirole has published over two hundred articles in international reviews, as well as twelve scientific books. Published in English in 2017, his latest book entitled Economics for the Common Good is accessible to a wide audience and available in a number of other languages. He is laureate of numerous international distinctions, including the 2007 CNRS gold medal and the 2014 Sveriges Riksbank prize in economic sciences in memory of Alfred Nobel.