Shedding light on the dark side of biomass burning pollution

Oxidized organic aerosol is a major component of ambient particulate matter, substantially impacting climate, human health, and ecosystems. Oxidized aerosol from biomass burning is especially toxic, known to contain a large amount of species that are known carcinogens, mutagens. Inhaling biomass burning particles also cause oxidative stress and cause a wide range of diseases such as heart attacks, strokes, asthma, premature aging – even diabetes. Oxidized aerosol primarily forms from the atmospheric oxidation of volatile and semi-volatile compounds emitted by sources like biomass burning, resulting in products that readily form particulate matter. Every model in use today assumes that oxidized aerosol forms in the presence of sunlight, and that it requires days of atmospheric processing to reach the levels observed in the environment. Naturally this implies that oxidized aerosol forms in the daytime and mostly during periods with plentiful sunshine, such as in summer.

However, considerable amounts of oxidized organic aerosol forms during the wintertime and in other periods of low photochemical activity worldwide, often during periods of intense biomass burning. Models cannot capture this considerable source of oxidized aerosol, underestimating oxidized aerosol levels by 3 to 5 times. This unresolved and important mystery carries significant implications for public health and climate, given that biomass burning events often are associated with population exposure to very high particulate matter levels.

Research lead by the teams of Prof. Athanasios Nenes and Spyros Pandis of the Center for Studies on Air Quality and Climate Change (C-STACC; http://cstacc.iceht.forth.gr) of the Institute of Chemical Engineering Sciences at the Foundation for Research and Technology Hellas (ICE-HT/FORTH; http://www.iceht.forth.gr) seem to have found the answer to the biomass burning underprediction riddle. The research, supported by the ERC PyroTRACH project (https://twitter.com/pyrotrach), was published in the Kodros et al. study (here)  in the journal Proceedings of the National Academy of Sciences of the USA. The study shows that this unexplained source of oxidized secondary particulate matter is from nighttime oxidation of biomass burning emissions. Through a combination of laboratory measurements and field observations, emissions from biomass burning were found to be rapidly oxidized overnight, while the aerosol generated is remarkably similar to that observed in wintertime urban environments. This newly discovered mechanism was then introduced to a state-of-the-art air quality model to show that nighttime oxidation of biomass burning emissions can substantially influence organic aerosol levels on continental scales.

The Kodros et al. study is broadly important for many reasons. First, it is shown beyond doubt that direct sunlight is not required to rapidly generate significant amounts of oxidized aerosol. This discovery reshapes our understanding of how pollution from biomass burning is formed, and can explain the paradoxically high levels of organic pollution in urban environments during wintertime haze episodes throughout the world. Finally, the work greatly elevates the role of biomass burning as a source of air pollution in general – ever more important in the future, given the increased intensity, duration and frequency of wildfires from climate change. 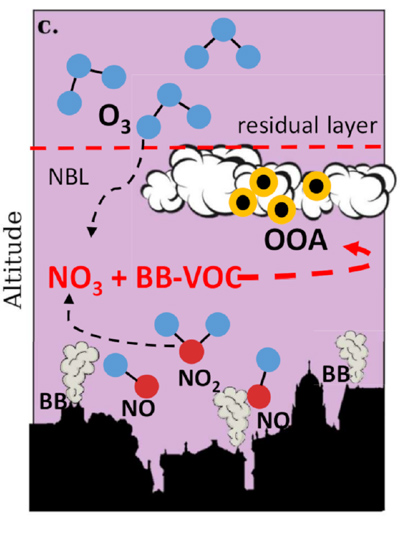 Illustration of the nocturnal oxidation mechanism. Ozone (O3) from above mixes with air rich in smoke (BB) and nitric oxides (NOx). The nitric oxides react with ozone and produce the nitrate radical (NO3) that causes the rapid oxidation of the smoke. 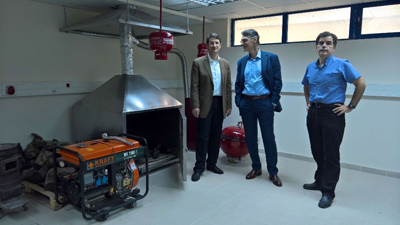 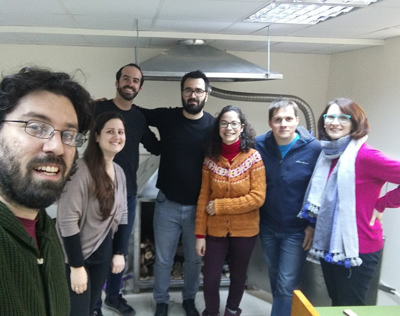 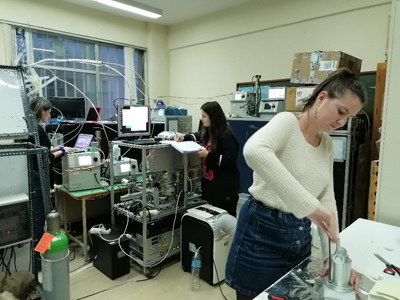 The C-STACC group sampling and characterizing ambient air during the 2020 winter campaign in Patras, Greece. 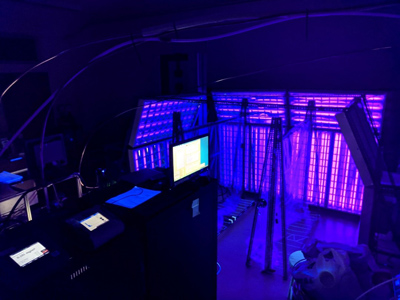 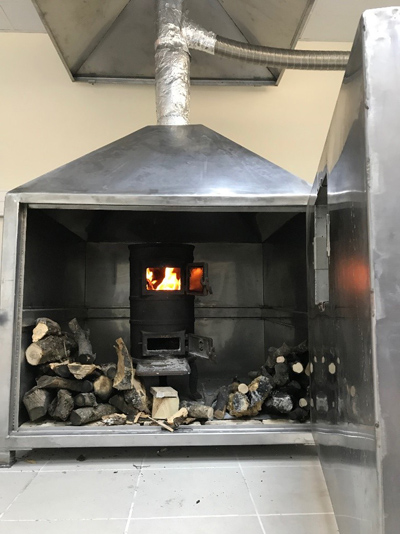